They are about to bewitch China with “geotechnology” that no one had thought of, but it all began by chance, with a love story

Technology that can scan for the risk of landslides from the air can save developers a lot of expense. Though if EMerald Geomodelling’s founder, Andi Pfaffhuber, hadn’t happened to fall in love, nothing might have come of it.

It’s like a modern version of one of those stories about how certain foods were invented by accident. Austrian born Andi Pfaffhuber was about to complete his PhD in geophysics at the University of Bremen when he fell in love witha Norwegian woman. He moved to Norway and started working as a freelance consultant, before eventually beginning the Norwegian Geotechnical Institute (NGI) – an institution that he as a geophysicist knew very little about. Despite having “geo” in both subject names, professionally they are worlds apart.

It gradually became clear that he was finding more use for his PhD than he would have believed. The geophysical method of using electromagnetic scanning of the subsurface was well known within the mining industry, where it was used to identify possible mineral deposits. In Denmark it had also been used to survey groundwater sources. But among geotechnical engineers who investigate whether the ground conditions are safe, the technique was as yet unknown. The existing method out in the field was to carry out costly and time-consuming drilling and soundings in order to assess the risk of landslides.

Pfaffhuber, with his strong background in geophysics, was amazed that no one had realised that geophysics could be used do the job more easily and eventually more effectively. He therefore took the initiative to develop a new technique.

They began in 2010 by testing the method in Aurland, or more specifically around Stampa, one of the great unstable mountain areas of Norway. They flew over the area with the helicopter while they scanned the mountain. It turned out to be a home run, and the website Forskning.no was among those who compared the technology to Superman’s X-ray vision. The experts could indeed fly over and “see right through a solid mountain”, and by so doing evaluate the risk of a landslide.

When the NGI were commissioned to investigate the ground conditions ahead of a new, prestigious road project between Kløfta and Kongsvinger in 2013, they decided to try the method again. The developers feared deposits of unpredictable quick clay, something that has led to several dramatic landslides over the yearsin this country.

– No one had used this helicopter method on a road project before, and the main question was whether it could work, recalls Andi Pfaffhuber, who at the time was a head of department at the NGI.

It turned out that this too was successful. The electromagnetic scanning meant that they could quickly obtain an overview of a larger area, and as a result carry out fewer ground investigations than they might otherwise have done, with a corresponding reduction in costs.

The results were so remarkable that new orders came in from Vegvesenet (The Norwegian Public Roads Administration), Bane NOR (Norwegian Railways) and the state road company Nye Veier (New Roads).

– The developers get a firm basis for decision-making early in the process, before they have spent vast amounts of money on explorations. Instead of many hundreds of borings, they can keep it to a handful at an early stage, says Pfaffhuber.

Among other things, Nye Veier have saved up to 30 per cent of their costs on the new E6 between Kvithammar and Åsen.

What began as a love story between Norway and Austria has now become a tale of how Pfaffhuber and several colleagues broke away from the NGI in order to set up their own company, EMerald Geomodelling (EMeraldGeo for short). As a matter of fact, they and the Institute have stayed “good friends”, as illustrated by the fact that their former employer owns around 25 per cent of the new company. The entrepreneurs are now taking the project beyond the NGI’s cosy embrace, more specifically to the StartupLab in Oslo.

– The NGI’s main aim is not to earn money, but to increase knowledge and to carry out research into things that can be adopted by the industry. They are not equipped to be a commercial shop, Pfaffhuber points out.

Since their exit from the NGI they have developed the technology further. With the aid of machine learning algorithms, they have automated and increased the efficiency of analysing the collected data.

– Obtaining the results used to involve a lot of manual labour and interpretation. This was both inexact and labour-intensive. Nowadays, machine learning does it both more effectively and more accurately. What we provide now is of a much higher quality than what we used to produce.

An income in the millions after two months

Potential clients here in Norway are naturally the state infrastructure giants, such as Bane NOR, Vegvesenet and Nye Veier, but potentially also the Norwegian Water Resources and Energy Directorate (NVE) and local authorities that map the hazards of quick clay. Since just October they have had an income of 3 million NOK.

What’s more, it’s not just the thickness of sediments in general and the presence of quick clay in particular that can be disclosed. The technology can also identify so-called acid-forming rock types such as alum slate, which is harmful to health. It can also detect any weaknesses in the mountain that might cause trouble during tunnel boring.

All this means that the potential market is much greater than just Norway, according to Pfaffhuber, who notes that 90 per cent of all the world’s infrastructure projects exceed their original budget.

– One of the most important reasons for this is that people didn’t know enough about the ground conditions before they began to build.

EMerald Geomodelling recently received 2.6 million kroner from StartupLab and Akershus Teknologifond. They are putting this to work with a vengeance and are now taking a gamble on the markets in China and the USA.

The company has already engaged a sales agent in China and will be heading east in April in order to obtain a better understanding of the market there and of what geotechnical challenges the Chinese are wrestling with. The founders will also make up their minds on whether or not they should set up their own office in China.

Internationally, the mountainous country of Norway enjoys a high profile in the field of tunnelling technology. Pfaffhuber and his team believe that this will come in handy, not to mention the fact that the NGI’s expertise is recognised well beyond the country’s borders.

– Why can’t the Chinese just create something similar themselves?

– We are the only ones in Norway, and more or less in the whole world, who are doing exactly what we do. Geotechnical engineers we meet are not aware of this method, and geophysicists don’t tend to think it can be used in geotechnical investigations. This provides us with a fantastic opportunity when we are the first to get out there, but we have to be quick, keen and smart if we are to maintain our technological advantage.

– Being unique is certainly a strength, but aren’t you also having a tough job convincing clients when so few of them know about the product?

– It’s a great help to us that we have cases to point to. Several in Norway, but also some in Zambia, Bhutan and India. But preferably the clients will have an example from their own country, as it’s easier to believe in something they can see.

Life as a new start-up

Pfaffhuber admits that life as an entrepreneur is a bit different from being a head of department at the NGI.

– It is demanding enough being a head of department, but this is even more personal. If we go over budget, it affects our pay. The sense of ownership is a completely different feeling, and it is incredibly motivating. I catch myself waking up at three in the morning thinking about a pitch. I definitely didn’t do that when I was a head of department.

– With this professional background, haven’t you got a better chance of succeeding than a number of other entrepreneurs?

– We have proved that the technology works, so now we have to show that we can make it on an international scale. The worst that can happen is that we remain a little company that just does things on a small scale. The risk of our complete failing is slight.

This article was initially bublished at www.shifter.no on 17.01.2020 in Norwegian. Original text by Per-Ivar Nikolaisen. 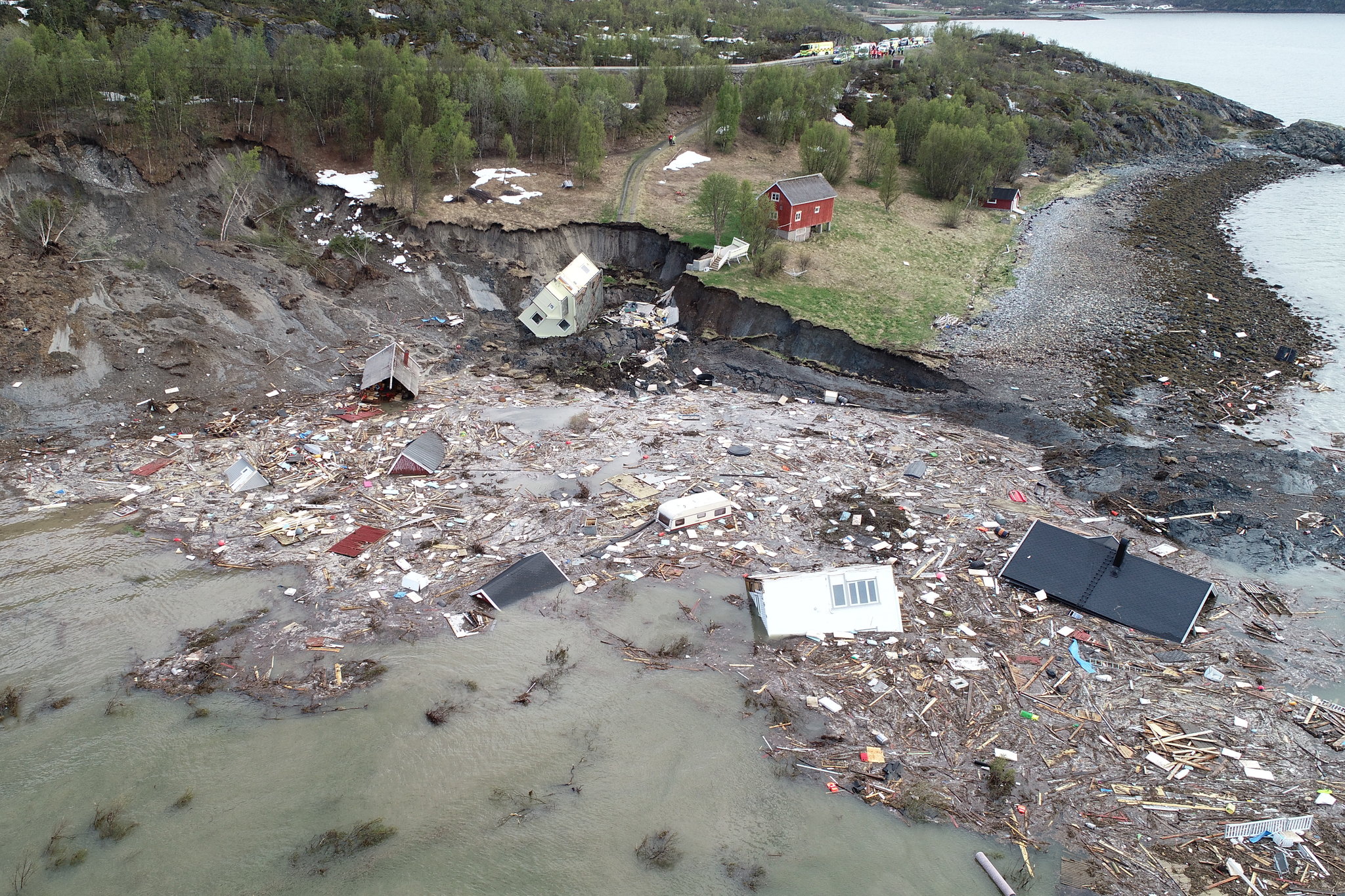 How can Norwegians safely establish and maintain infrastructure in the places that are the most dangerous from a geotechnical point of view? You can find the answer here! 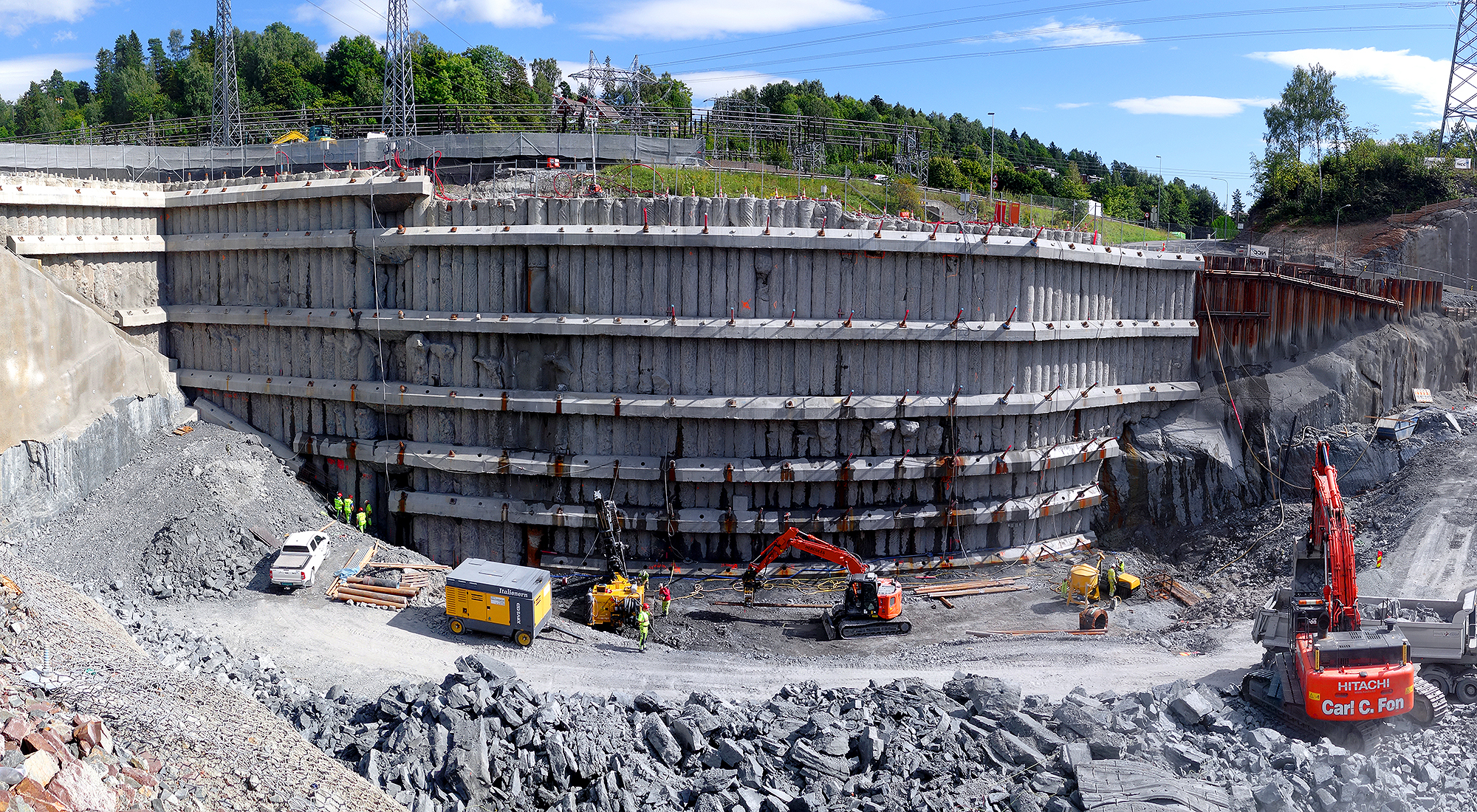 EMerald Geomodelling can «see» underground, but how far down can they actually see? Geologist Anne H. Rasmussen tells us that she can see a lot further than what is necessary for her to be able to ensure the safety of roads, railways and tunnels. 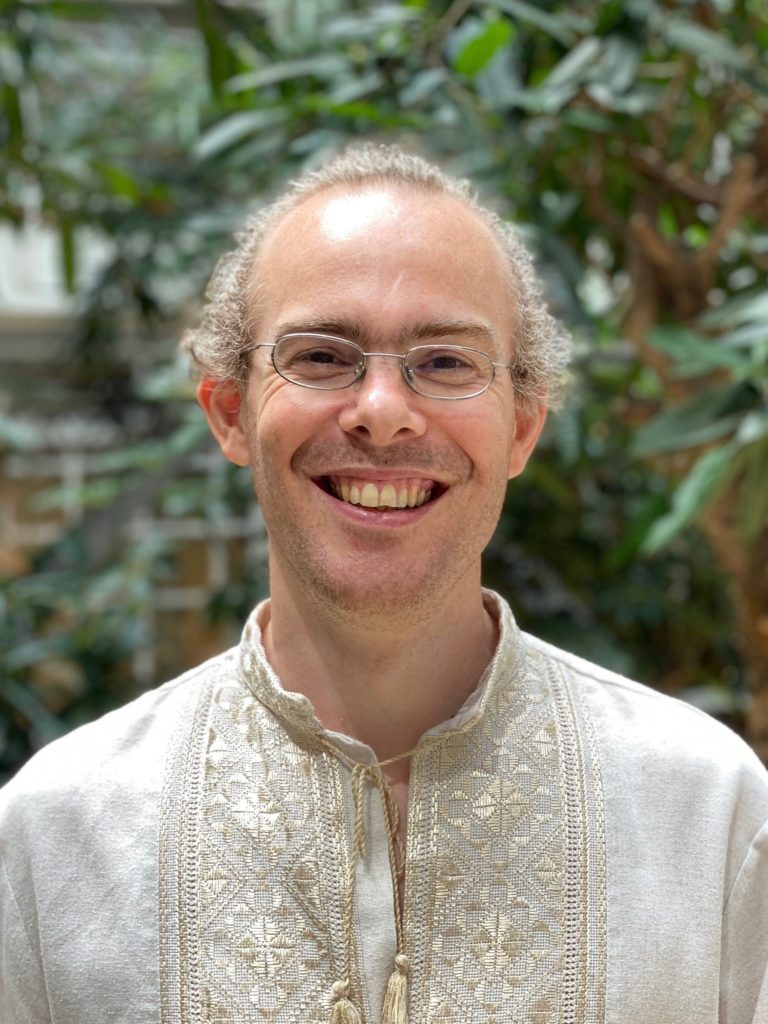 Right from his childhood bedroom, Egil Möller got an early start on his journey through cyberspace. Since then, he has worked with countless programming languages and abstraction layers. Now he is ready to revolutionize EMerald Geomodelling’s machine learning algorithms for the benefit of both customers and the environment.

Talk to us about your project

All we need to know is where your project is located, its size and particular geological unknowns. Based on that we can assess technological feasibility and economic benefit.

We scan the project area

Once we thoroughly assessed the added value of our method for your goals and received an order, you lean back and we care for data acquisitions, harvesting, integration and machine-learning based model building.

Work with an easy to understand 3D model

Working with EMerald you won’t need domain specialists to make sense of the sensed. We deliver and give easy access to integrated 3D models that provide the insights your project needs.

Let's talk about your project

Our team will get in touch with you shortly.

Thank you! Your submission has been received!
Oops! Something went wrong while submitting the form.